For 50 years, American presidents have been ignoring Dwight D. Eisenhower’s final piece of presidential advice, said Peter S. Canellos.  In his farewell address in 1961, the former five-star general warned against the “unwarranted influence” of “the military-industrial complex,” which he predicted would manipulate the nation into spending far more on defense than was necessary.

Just three days later, a hawkish President Kennedy pledged in his inaugural address to “pay any price, bear any burden, meet any hardship” in defense of freedom.  Kennedy’s vision of limitless foreign commitments, backed by maximum military superiority, has held the nation in thrall for nearly 50 years, producing precisely the kind of “fear-mongering and budgetary waste” that Eisenhower abhorred.

The result is a current defense budget of $700 billion — “six times more than any other nation” and “more than the next 18 combined.” Any attempt to trim this swollen behemoth is met with a “fusillade of lobbying — more than $130 million worth per year” — and demagogic claims that any cuts will render the nation defenseless.  “Eisenhower spoke to a reality that America, five decades hence, still can’t fully accept.”

– Peter S. Canellos, The Boston Globe (reprinted in THE WEEK) 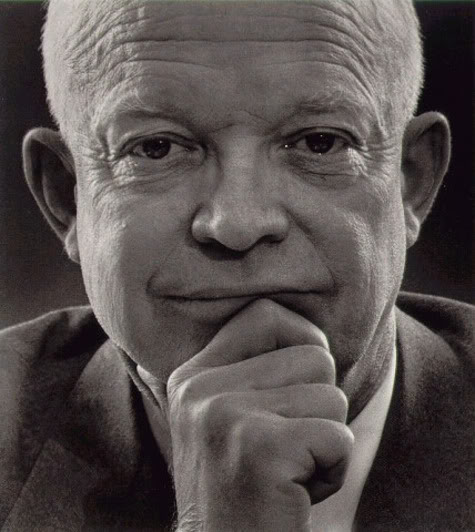