But in the sixties, everything blew up. Something almost like a mutation broke out among people from fifteen to twenty-five, to the utter consternation of the adult world. From San Francisco to Katmandu, there suddenly appeared multitudes of hippies with hair, beards, and costumes that disquietingly reminded their elders of Jesus Christ, the prophets, and the apostles—who were all at a safe historical distance.

At the peak of our technological affluence, these young people renounced the cherished values of Western civilization—the values of property and status. Richness of experience, they maintained, was far more important than things and money, in pursuit of which their parents were miserably and dutifully trapped in squirrel cages.

The hippies moved on from marijuana and LSD to Hindu chants and yoga, hardly aware that mysticism, in the form of realizing that one’s true self is the Godhead, is something Western society would not tolerate… 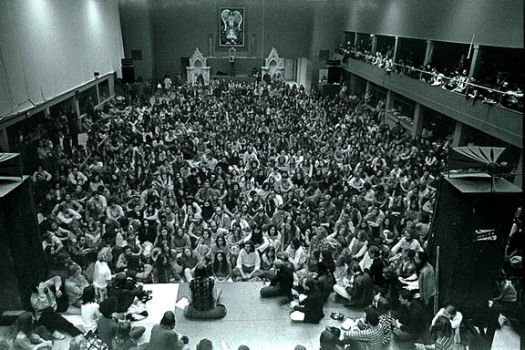