Recently my son and I went to CarMax to shop for his first car.  My co-workers had told me nice things about CarMax and I wanted to see for myself.  Right away, I enjoyed how we were able to “walk the lot” without being bothered by a sales person.  In fact, we found a car we wanted to drive within about fifteen minutes without once being bothered by a CarMax employee.  We walked from the lot into the main lobby to find some help and approached the main desk where a man was answering the phone and talking to employees on the intercom. He found us a sales person and I remember thinking he reminded me of an air traffic controller.

Our sales person, Chris was a nice guy who appeared to be about the same age as my son.  We learned on our test drive that I wasn’t far off.  He had just graduated from college and had been working at CarMax for only two weeks.  But, he was very professional and respectful and seemed to know his way around the process of getting out of the lot and test driving the car.  We decided to buy the car and Chris took us back into the dealership to his desk to start the buying process. The simplicity of everything is the first thing I noticed.  We logged on to the same CarMax website everyone can access from their home or office.  Chris found our car online just like I could have found it from home.  He entered his CarMax employee credentials and he, my son and I started walking through the steps of buying the car.  I answered a few simple questions while the car was being prepped, we finished and Chris escorted us to the back of the building to sign a few papers.  I was handed a folder of my copies and Chris led us outside to my son’s first car.  We were there for less than an hour and a half.  I’ve been buying cars for 35 years and this was absolutely the best car buying experience I’ve had.

But, that’s not why I’m taking the time to tell this story.

My son drove us home to show his Mother and siblings his new car.  The excitement was what you would expect.   A boy’s first car is a big deal.  Later in the afternoon he left his car at home and went with a buddy to visit another one of their friends.  I decided to park his car in another spot and after I moved it, I found a big oil stain on the driveway. 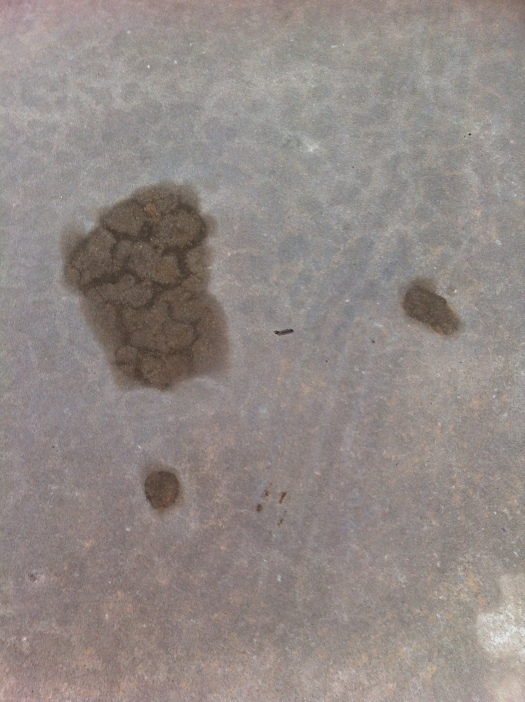 I was totally deflated.  I didn’t want my son to come home and wonder what happened to his car, but I knew I had to take the car back to the dealership.  So, I drove the car to CarMax, found Chris, took him to the parking lot and asked him to look under the car.  He could see the oil dripping and he stood up and said, “that’s not right.”  He told me he was worried because the service center had closed for the day and all the technicians were gone.  But, he didn’t want me to have to leave the car until Monday, because he knew it was my son’s first car.  He asked me to wait in the lounge area while he asked his manager for help.

To be honest I didn’t think a kid out of college with two weeks of tenure would have much pull in a car dealership on a Saturday.  But, within a couple of minutes he walked into the lounge with who appeared to be another sales person and the air traffic controller I had first spoken to earlier in the day.  I learned he was Tracy the sales manager.  Apparently, at CarMax they don’t bury the sales manager somewhere in the back only to appear when they’re going to “do a deal.”  At CarMax the sales manager is front and center directing traffic and solving real problems.  And, here he was now to do just that.  The other young man introduced himself as Mark, a car appraiser.  Suddenly, all three of them were on the ground looking at the dripping oil under my son’s first car.

They got up and Tracy told me the service center was closed and all the technicians had gone home for the day, but that Chris had told them this was my son’s first car and they all wanted me to be able to take it back home.  Tracy wanted to drive the car over to the service center, put it on a rack and see what they could find.  I was impressed, I agreed and Mark jumped in the car and the rest of us walked to the service center.  Mark told me that he had been a licensed technician for 7 years prior to appraising cars so he knew what he was doing.  He didn’t want me to think some shade tree mechanic was poking around under my car.  I thanked him for that and thanked him for going out of his way and putting so much effort into something that obviously isn’t his job. 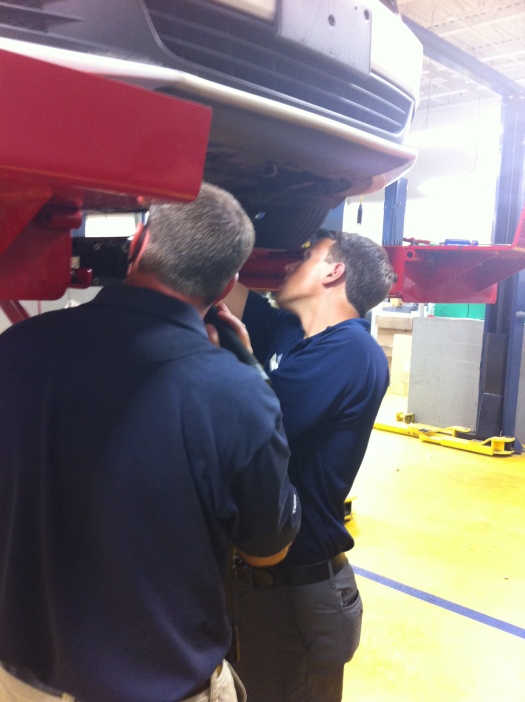 The whole time we were in that service bay I couldn’t stop thinking about how normal and expected it would be if they had just told me the service center was closed and I would have to come back on Monday.  I couldn’t stop thinking about how this young guy Chris wouldn’t have any pull at all at most car dealerships.  The sales manager wouldn’t want his sales person or his car appraiser off of the sales floor while customers were crawling all over the place on a Saturday.  This simply wasn’t their problem and they would have been totally justified in not doing what they were doing to help.

But, they kept mentioning my son and how exciting it is to get your first car.  They were going to find out if they could fix the problem because they wanted him to have his car.  They could all relate, because they could all remember their first car.  Chris mentioned to all of us how impressed he was with my son and how grateful he seemed to be getting that car.  Everyone made comments about how I needed to be able to take that car home.

Mark quickly discovered that the oil filter was the culprit.  It wasn’t loose, but after he unscrewed it he found a tiny piece of plastic stuck to the rubber o-ring gasket.  It was one of those tiny tabs that sometimes get stuck to plastic and rubber parts at the factory.  He pulled it off and tossed it on the floor, reseated the gasket, screwed the filter back in, reattached the cover, wiped everything down, lowered the car and was done.  Everyone shook my hand and told me to tell my son congratulations on his first car. 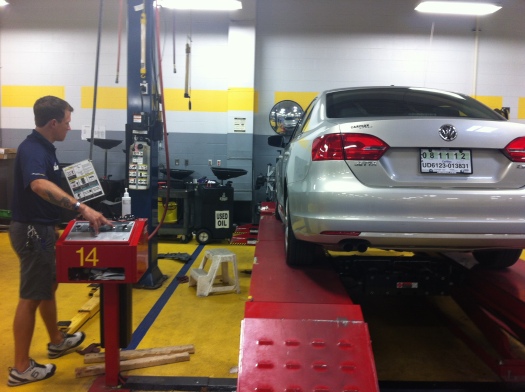 I’m confident CarMax fosters a corporate culture of superior customer service.  That’s obvious to anyone that does business with them.  But, Chris, Tracy, and Mark took it a step further in my opinion.  They made their help and service personal.  Because they did more than anyone would ever expect them to do, I’ll be buying my next car at CarMax.

2 Replies to “Personal service at the CarMax”